News and information from around the world.

It’s always smart to keep all of your software up to date, but it’s not too often that a developer goes out of its way to stress to all of its users that they should drop everything and apply the latest update as soon as possible. But that is exactly what Google has done this week, as Clement Lecigne of the company’s Threat Analysis Group reveals in a blog post that two zero-day vulnerabilities have been discovered in Google Chrome.

First reported on February 27th, Google was quick to release an update two days later on March 1st to address the issue. In all likelihood, your Chrome browser updated itself automatically, but if you want to check, go to Help > About Google Chrome, and make sure you’re on version 72.0.3626.121. If not, update right away.

As Chrome security engineer Justin Schuh explained in a series of tweets on Wednesday, this attack is different from previous attacks on Chrome because, rather than targeting Flash, it targets the Chrome code directly.
When Flash was the first exploit in the chain, Google could silently update the Flash plugin behind the scenes, and Chrome would automatically switch over to the updated plugin without any user intervention. On the other hand, this zero-day exploit requires the user to manually restart the browser, so even if the update is installed on your system, you still have to close and reopen the browser for it to take effect.
This link has more context on the 0day attack observed against Chrome. Separately, I want to expand on why it was important to call out this attack more prominently than previous 0day attacks against Chrome. [1/3] https://t.co/9rGkXa6BoI
— Justin Schuh 🗑 (@justinschuh) March 7, 2019
The (relatively) good news is that, as of yesterday, Google has “only observed active exploitation against Windows 7 32-bit systems,” so if you’re on Windows 10 (or even Windows 8), you’re probably in the clear. Nevertheless, there’s no point in taking any risks, so be sure that your browser is up to date, and if it isn’t, update today. 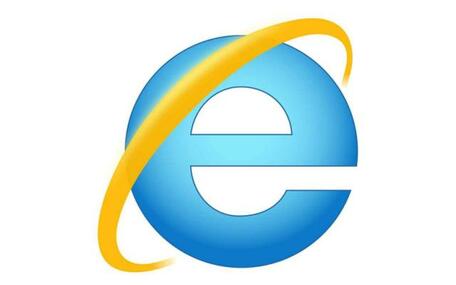 Microsoft's own security chief has warned millions of people who continue to use Internet Explorer as a default web browser are placing themselves in "peril".
The company, which first developed Internet Explorer in 1995, is no longer supporting new development for the web browser. Continued use of the software was potentially risky, according to Chris Jackson, Microsoft’s worldwide lead for cyber security.
Internet Explorer has increasingly fallen out of favour for both users and developers amid the rise of alternatives like Google Chrome and Apple’s Safari, which have grabbed an increasing share of the web browser market.
Google Chrome overtook Internet Explorer as the world's most popular web browser in 2016.
Microsoft has been looking at new business ventures in its bid to reinvent itself and compete with Silicon Valley's incumbents. In November, Microsoft briefly overtook Apple as the world's most valuable publicly-listed company as investors have gained confidence in its push into cloud computing.
“We’re not supporting new web standards for it and, while many sites work fine, developers by and large just aren’t testing for Internet Explorer these days,” Mr Jackson said.
Microsoft has in recent years encouraged users to adopt its more modern web browser, the Microsoft Edge, which was released in 2015.
According to data firm Statista, about 5.5 pc of UK consumers still use Internet Explorer as their primary way of accessing the Internet.
In a blog post, Mr Jackson warned that companies using Internet Explorer are taking on a “technical debt” to pay for support on old software and could end up using “a 1999 implementation of web standards” if they didn’t take all the necessary measures to update it when creating new web pages.
Though a number of websites currently work on Internet Explorer, new apps will not be integrated into the service, limiting the web applications available.
A number of firms have opted to continue using Internet Explorer as their websites are dependent on its underlying infrastructure.
"We want you to use IE for the sites that need it - what I'm trying to say here is that I hope you don't use it for everything else,” Mr Jackson said in a comment on the blog post.
Microsoft will end support for Internet Explorer 10 in January 2020, while Internet Explorer 11 will remain as the final iteration of the software.

"Lady can you help me?"
Sheriffs Department Warning!
This is from the County Sheriffs Department, please read this message very carefully:
This message is for any lady who goes to work, college or school or even Driving or walking the streets alone. If you find a young person crying on the road, who shows you their address and is asking you to take them to that Address, take that child to the POLICE STATION!!
No matter what you do, DON'T go to that address. This is a new way for gang members (MS13) to rape women.
Please forward this message to all ladies & guys so that they can inform their sisters & friends and family. Please don't feel shy to forward this message. Our 1 message may save a life.
Published by CNN & FOX NEWS

**Please DO NOT IGNORE! Thank you!
Now even if you believe that this post is fake or not. THE TRUTH is that the scam is real. And it has been happening all the country and in other parts of the world. Particularly is Asia and India. Where women reporting the crime of rape are most often once again victimized by their own governments and laws. DON'T IGNORE THE MESSAGE! If you don't feel safe copying and pasting, , just tell someone. pass it on .

*WARNING ! DON'T SAY ANYTHING, JUST HANGUP THE PHONE*
Police Are Warning Against This Scary New Phone Scam
Earlier this month security experts warned of a highly effective phishing email that fooled many Gmail customers into divulging their login credentials. Now, police say scammers are targeting our cell phones, too. UPDATE !!! The Federal Communications Commission is warning consumers about a new scam that is hooking consumers with just one word: Yes. According to the FCC, the scam begins as soon as a person answers the phone. A recorded voice or an actual person asks: "Can you hear me?" And the consumer responds, "Yes."The caller then records the consumer's 'Yes' response and thus obtains a voice signature. This signature can later be used by the scammers to pretend to be the consumer and authorize fraudulent charges via telephone," an FCC news release said. Officials Warn Consumers About Phone Scam "According to complaints the FCC has received and public news reports, the fraudulent callers impersonate representatives from organizations that provide a service and may be familiar to the person receiving the call, such as a mortgage lender or utility, to establish a legitimate reason for trying to reach the consumer," the news release said. Teresa Thomas, 49, of Minneapolis, Minnesota, said today that she'd received a similar phone call about a month ago. "The person on the other line sounded like a young woman. She was giggling and she said: 'Oh, I didn't expect you to pick up! Can you hear me?'" Thomas said. "Which, of course, if someone asks if you can hear them, I said the logical thing and I said 'Yes.' And she proceeded to talk." Thomas said she soon realized that the caller was a recording, hung up the call and then blocked the phone number. The next day, she learned of the scam on social media. The FCC advised consumers to immediately hang up if they receive this type of call. It also said that if consumers had responded "Yes" to a similar call in the past, they should keep an eye on all financial statements for any unauthorized charges. Thomas said that she'd been checking her credit-card and bank accounts and had reported the incident to the Better Business Bureau. "I have not seen anything negative happen from that but it's just good to be aware," Thomas said. The FCC also shared the following tips: 1. Don't answer calls from unknown numbers. Let them go to voicemail. 2. If you answer and the caller (often a recording) asks you to hit a button to stop receiving calls, just hang up. Scammers often use these tricks to identify, and then target, live respondents. 3. If you receive a scam call, write down the number and file a complaint with the FCC so we can help identify and take appropriate action to help consumers targeted by illegal callers. 4. Ask your phone service provider if it offers a robocall blocking service. If not, encourage your provider to offer one. You can also visit the FCC's website for information and resources on available robocall blocking tools to help reduce unwanted calls. Consider registering all of your telephone numbers in the National Do Not Call Registry. ABC News' Whitney T. Lloyd and Kelley Robinson contributed to this story.

FBI Director, Again, Says You Should Tape Over Your Webcam
James Comey compared the practice to locking your door.
FBI chief James Comey yesterday reiterated the importance of covering up your webcam -- comparing it to locking your doors and setting up alarm systems.
With the number of cyber attacks today, it’s easy for hackers to break in your computer and spy on you through your webcam.
“There’s some sensible things you should be doing and that’s one of them,” Comey said during the Center for Strategic and International Studies conference. “You go into any government office and we all have the little camera things that sit on top of the screen. They all have a little lid that closes down on them. You do that so that people who don’t have authority don’t look at you. I think that’s a good thing.”
Earlier this year, Facebook CEO Mark Zuckerberg was seen in a video with his camera taped up. And in April, Comey admitted to putting taping on his webcam as well, comments over which he later said people mocked him.